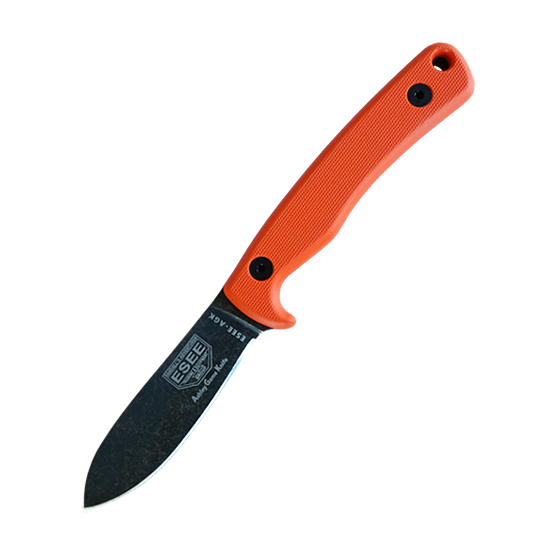 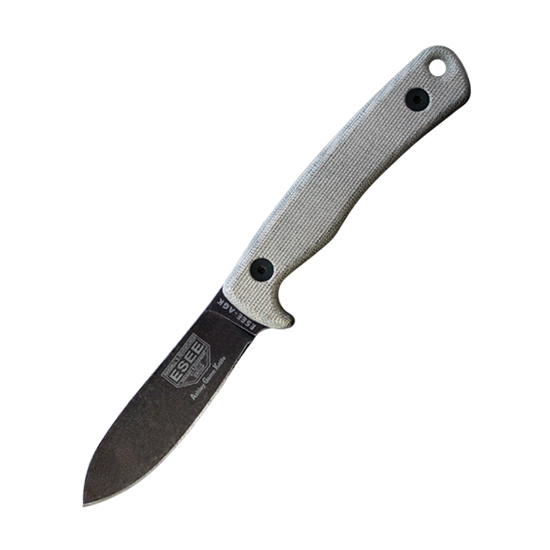 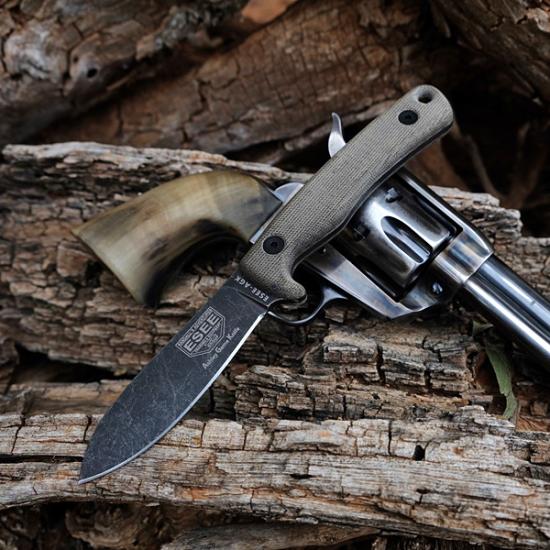 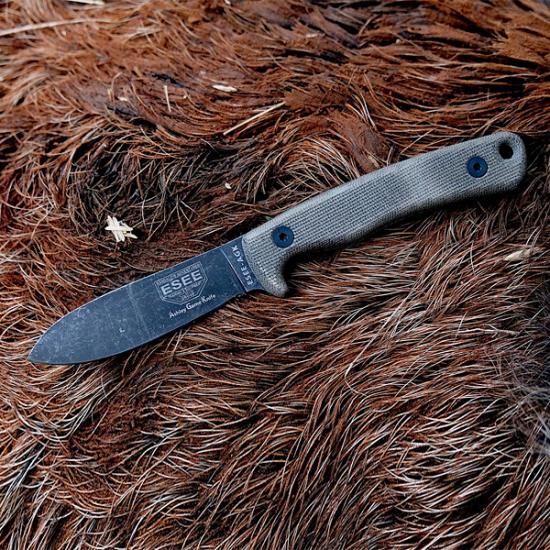 When ESEE finally decided to make knives specifically for hunters, we sought advice and opinions from some of the best in the industry, and the new Ashley Game Knife (AGK) was designed by Ashley Emerson.  As a guide and hunter from Alaska to Africa, Ashley has had opportunities to deal with hundreds of deer, many more wild hogs, and other animals from squirrels to buffalo. As he has with guns, he’s used many different knives and modified them to fit what works, and the AGK was born from his vast experience handling game in the field. The lengths of both the blade and the handle have been optimized for leverage for jobs like splitting a sternum. The handle incorporates a guard, a full tang, a proven grip shape, and a radiused lanyard hole large enough for a loop of 550 cord. The scales are Canvas Micarta (orange G10 also available), which is a solid handle material that doesn’t slip when wet. Ashley has used a wide variety of scale materials, and he prefers Micarta for working knives, as the grip and feel is way more important when working game than the scales being impervious to sweat, blood, and other fluids. Like the stone-washed black-oxide blade, the scales develop a great “worn-in” look with use. The blade width allows for working inside the pelvic cavity of the average whitetail, and the subtle sweep of the blade places the point in line with the handle. This still allows an optimal drop point and an edge that is continually curved.  With no sharpening notch at the choil, you won’t have to worry about the knife catching on hides.

To learn more about the Ashley Game Knife designer, please read the Additional Info tab below.

With a lifetime dedicated to the hunting and shooting industry, Ashley Emerson is recognized for his no-nonsense, function-drives-form designs, and he has created or refined many popular sights and scope mounts. He worked at B-Square in the early '90s and then was head designer and co-owner at Miniature Machine Corp (MMC), where he designed the MMC Adjustable Combat Sight for pistols and shotguns.

He is well known for adapting and popularizing express sights for defensive handguns and for long-gun sights utilizing a ghost-ring rear and white-stripe front, both commercialized through Ashley Outdoors (now XS Sight Systems).  Since then, he has remained active in the industry, providing ideas for many popular products as a friend, customer, or consultant.  Ashley possesses extensive knowledge and real-world experience gained from time in the classroom, in the field, and on the range.

Since 2012, Ashley has owned and operated Garrett Cartridges of Texas, continuing Randy Garrett's line of exceptional .44 Magnum and .45-70 hunting ammunition and expanding the line with additional .45-70 loads and new .45 Colt and .454 Casull offerings.

Prior to his industry involvement, Ashley earned a bachelor degree in Criminal Justice with a minor in Industrial Technology.  He served as a Deputy in the early '80s in the Texas counties of Comanche and Somervell, and he later worked at machine shops providing parts for a variety of customers, including the Superconducting Super Collider project.

Also, read our blog post of the Ashley Game Knife in use on a recent hog hunt with Emerson in Texas. 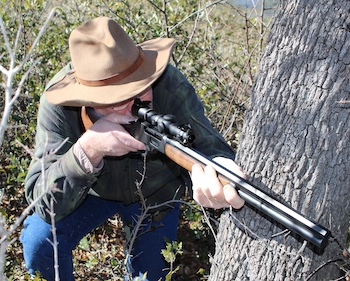 ESEE knives are made with absolute attention to detail using the finest raw materials and care during the manufacturing process. We stand behind our knives with a 100% unconditional lifetime guarantee. If your ESEE knife should ever break, we will repair or replace it. This warranty follows the knife throughout its life, anywhere in the world. No sales receipt or warranty registration required.