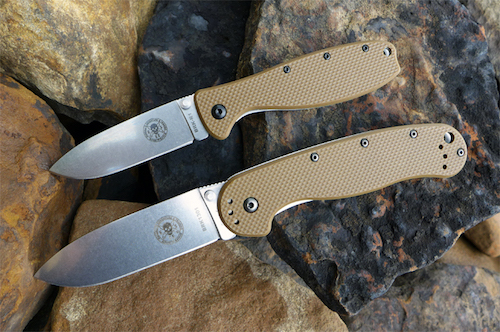 Randall’s Adventure Training ® has been designing, marketing and selling survival and military styled knives since their first survival courses in the Amazon jungles of Peru. One of our first designs was the RTAK which was built by Newt Livesay’s Wicked Knife Company before Ontario Knife Company produced the design. We also produced and sold the RAT skinning / survival knife made by John Greco, and the RAT Laser Strike knife made by TOPS (We have since re-introduced the Laser Strike as an ESEE knife). Randall’s Adventure Training also designed the following knives for Ontario Knife Company:

It should be noted that even though we designed the RAT line for Ontario Knives, we do not manufacture it. Therefore, all marketing, customer service and warranty issues for any Ontario RAT knife must be handled through Ontario, not ESEE.