Not gonna lie…. I love my job, but somedays are just better than others.

Recently Patrick Rollins, Jackson Adams, and I went to Childress TX to meet up with Ashley Emerson for a hog hunt.  Ashley has been a product designer in the gun industry for decades and has most recently designed our latest project: the ESEE-AGK (Ashley Game Knife)

We left North Georgia at 0500 Monday morning and made the long drive to Weatherford TX to pick up a friend and then onto Childress the next day.  We had nearly 25000 acres all to ourselves.  The Texas heat, with temps ranging from 104-108, made our decision for us; we would be hunting over the limited watering holes.

Jackson was the first to get on the board; killing a large red boar as we walked to our stand on our first evening hunt.  We had been dropped off to walk in 9 minutes prior to our first gun shot.  Our encounter with this boar would qualify as “danger close” and Jackson handled himself and the firearm with calm proficiency that made his father proud.  It was the highlight of my trip to witness my oldest, and avid hunter and woodsman, keep his wits in a stressful situation.  This one moment made the entire hunt for me.

Patrick’s 45/70 was the next to lay one down; hunting over water and the hogs continue to come in.  Patrick delivered a shot that stopped the sow DRT (Dead Right There).  He was shooting a 500+ grain load designed by Ashley Emerson and distributed by his ammo company Garrett Cartridge. To say the Defender Ammo packs a punch would be an understatement.

As evening fell Jackson put another boar in his sites.  This particular hog had been frequenting the field near camp and causing some issues.  This night proved to be his last when Ashley handed Jackson one of his personal guns.  The gun barked as Jackson shot the hog while it was on the move at better than 150 yards and it went down straight away.  Once it was down Jackson leaned back and asked “WHAT…was THAT?”…. Ashley just grinned and introduced him to his 375 H&H.

My primary focus was to capture as much content as possible.  On our final morning hunt, I was finally able to put down the camera and pick up a gun.  Hunting out of a box blind, Jackson and I arrived well before first light.  We crept into our blind and began to the process of setting up and settling in.  Within seconds of arriving Jackson spotted a hog walking into our shooting lane.  Once again, within minutes of arriving to our blind, bacon was on the ground and I was on the board.  Shortly after that, another came in and it was down as well.  Then, the real work began; field dressing 2 large boar.

I will say I was extremely impressed with the design and the efficiency of the Ashley Game Knife.  This design was Ashley’s brainchild and you can tell that this guy knows his way around a knife.  The ergonomics and design make the difficult task of breaking down these armored beasts much easier.  In my hands, it got the job done.  In Ashley’s hands it was stunningly efficient.

Ashley Emerson has spent a lifetime hunting and designing products for the gun industry.  His practical knowledge of hunting and gun design only pales in comparison to his shooting ability.  On our last day he put on a shooting clinic for the three Georgia boys.  This man is proficient with any firearm you hand him, and I learned a tremendous amount on this trip just being around him and walked away with some new friends as well.  Above all the memories of hunting with my son and Patrick were priceless and we hope to return again next year. 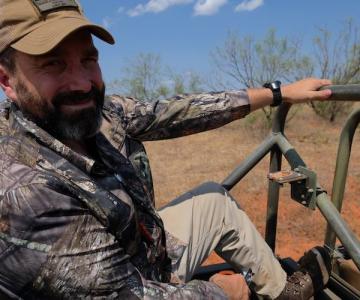 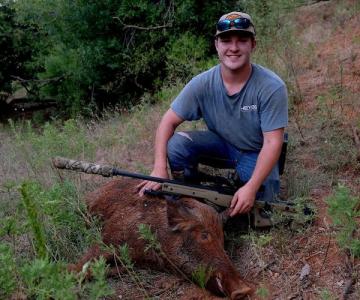 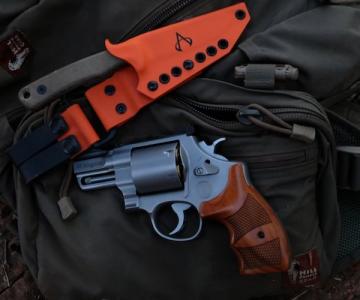 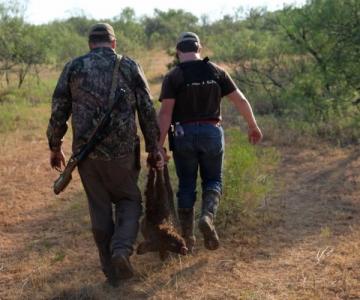 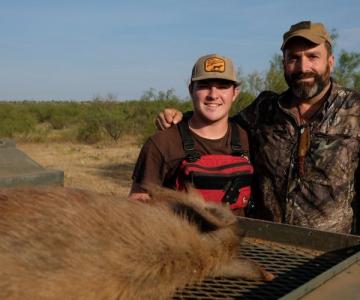 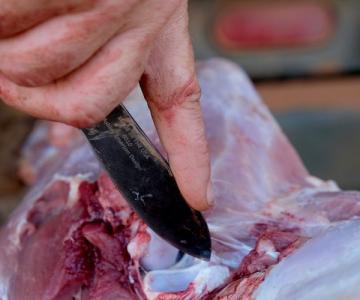 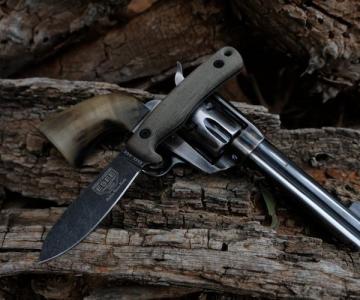 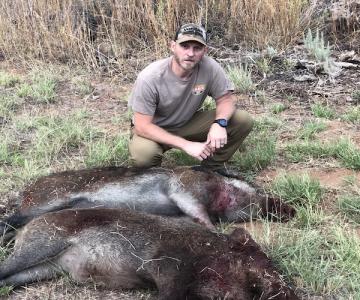