Home » One foot in front of the other...

One foot in front of the other...

If you're not familiar with the Randall’s Adventure and Training Field Survival class I will give you a quick explanation of what it is and how it has evolved.  When I came on fulltime in 2013 Jeff, Mike and I decided that when you leave a survival class you should feel like you have been tested and pushed to your limits. Sitting around a campfire and learning skills is great, but how much can you mentally and physically take when you are hungry, sleep deprived, and exhausted?

We designed the Field Survival Class around a 72-hour survival situation.  We have worked to encompass all the stressors you might encounter in the real world. Physical fatigue, mental fatigue, hunger, having to work together with people you have never met to accomplish goals, and so on.  The only aspect we don’t try to cause is dehydration, students have access to clean drinking water throughout the course.  All of this is on top of getting plenty of survival instruction and our full land navigation course.  The class has evolved over the years to refine the mix of teaching and hardship in order to give plenty of instruction and still be difficult enough to allow students to see how they perform when they are running on empty.  Being our hardest stateside class, we typically see about 20 percent of students dropping out.  Even when this happens, students are invited back at no charge to any Field Survival class of their choosing in the future.  It’s all about inspiring people to overcome challenges.  We have had several come back at a later date and make it to the end.

This class started with six students 0530 Friday morning. In the past we would put them through 2 hours of PT to get them worn down from the start.  This time we decided that we would get all the technical instruction out of the way before the hard part began.  After waivers, safety briefs, and introductions we did about a 1 hour power point on survival.  Immediately following we spent several hours on shelter, knife skills, and fire-making.  This class had a special guest instructor, Reuben Bolieu (designer of the RB3).  I always find a way of getting some work out of him when he is in town!  The students learned how to build a debris shelter and a lean-to out of natural material, as well as incorporating contractor trash bags and mylar blankets to enhance the shelters.  After that we went over knife safety and use.  Many people buy knives to use in case of an emergency, but never really get out there and use them for a variety of tasks.  It’s the best way of learning if it is the knife for you.  Then students were taught, and then required, to light several different natural tinders with a ferro rod.  I tell people to carry several different ways to light fires.  If you can light it with a ferro rod, of course you can light it with a lighter or matches.  Once you have flame, the work has just begun. They learned to have plenty of the different fuel sizes on hand in order to build it up.

Several hours were then spent in the classroom learning all the ins and outs of land navigation.  The ability to properly navigate can prevent you from being in a survival situation in the first place,  or greatly improve your chances if you have to self-rescue and find you own way out. Around sundown the students began the compass course.  To simulate carrying an injured fellow survivor, they were required to carry a heavy section of telephone pole throughout portions of the course.  At the various points, they also were given a task to perform. As a result, it was close to sunup when they finished and one student had called it quits.

Day two was spent with the remaining five learning more knife skills, simple traps and snares, cordage, making fish spears, and learning how to properly clean and cook an animal.  Late in the afternoon they were given coordinates to where they were to build a shelter big enough for the group, make fire, and sew shoes out of a large piece of canvas they were given.

Around 1 am the team was rallied on the radio and instructed to gather all their team gear, figure out a way to transport fire, and meet us at a set of coordinates.  In this case, in front of the pond.  The night was spent building a raft to get the team and fire across the pond to simulate a river crossing.  We have run this class many times and the students were right where we wanted them to be mentally and physically.  Learning how to think things through and work together as a team when you are worn out and sleep deprived is a big part of this class.  They were instructed that if they wanted to stay dry, then they needed to build a good raft.  Being supplied with a few water jugs and cordage, they proceeded to cut poles and get the job done.

The last day was spent with a final check off with them having to travel to a set of coordinates, build shelter, make fire, and clean and cook a different animal.  The remaining five made it to the end and were all smiles when certificates and class knives were passed out.  I had told them day one that if they made it through, the certificates and class knives would mean a lot more to them having earned them.

This class may not be for everyone, however if you are interested in learning good survival/navigation skills and then really putting them as well as yourself to the test, I encourage you to come give it a go. 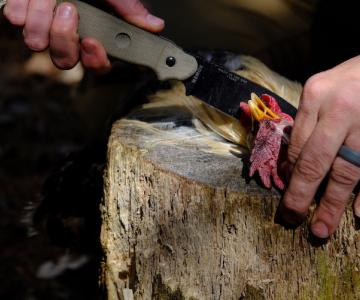 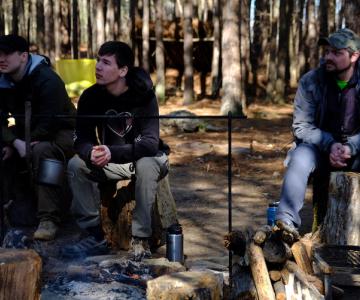 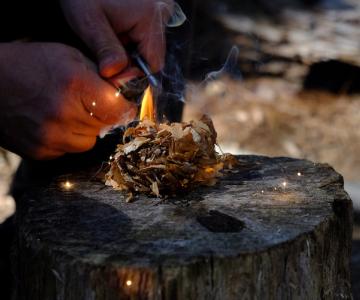 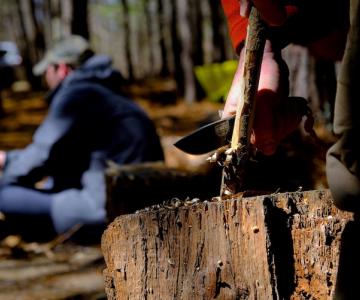 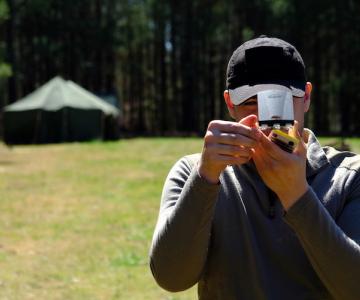 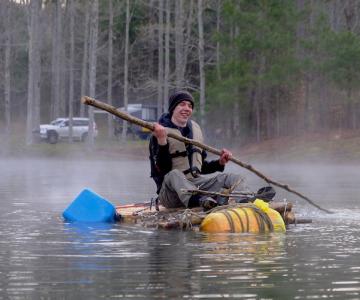 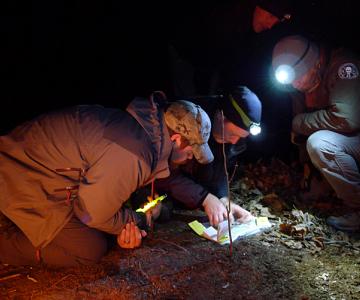 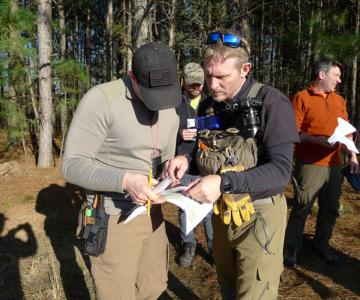 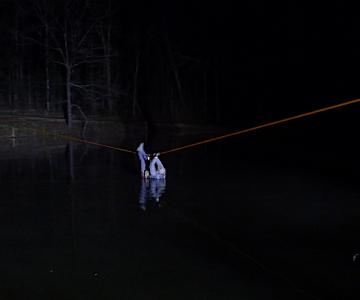 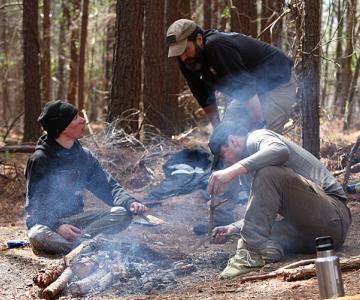 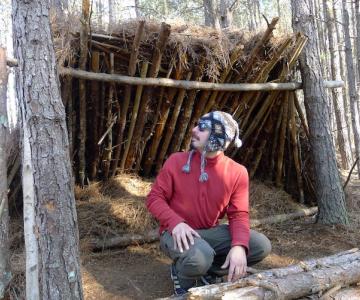 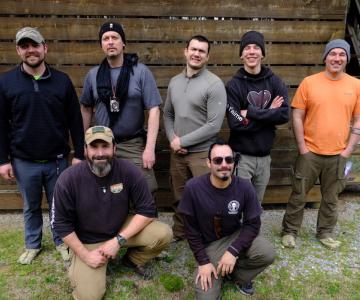