The new Darien machete from Expat Knives is named after the Darien province on the southeastern end of Panama that borders Colombia.  The area bordering Colombia is known as the Darien Gap.  The missing link in the Pan-American Highway, the Darien Gap is an approximate 66 mile stretch of wilderness where the highway could not be completed for various reasons.

In the last blog, I promised an overview of the Darien, so here it is.   And no, I didn’t break it! When I picked it up for the first time I immediately noticed how well balanced it seemed.  Similar in size to our Junglas, the Darien features a 1075 carbon steel blade that is just over 12“ in length and immediately gives you the desire to go put it to work.  I finally got the chance after a Land Navigation class at the farm.

The guys in El Salvador really know how to make good machetes and the Darien is no exception.  First, I did some light chopping just to get a feel for the blade.  The overall thickness and grind on the blade easily chopped through Chinese Privet up to an inch thick with a single stroke.  I then wanted to see how many strikes it would take to get through a small pine tree that needed to come down.  The first bit very deeply and the second from the opposite side dropped the tree in no time.  Next, I used the Darien to chop through a thicker dead pine log which it handled without any issues.

In the past, I have batonned with various machetes.  Usually it was because it was what I had with me at the time and was a matter of convenience, either to make fire or needing material of a certain size while teaching a class. With machetes being plenty long enough and not overly hardened to the point of becoming fragile, they may flex at times but have always returned to true.  I wanted to see if the Darien would hold up to this task.  I grabbed a piece of oak at bum-camp (area at Randall’s Adventure & Training where most of the hands-on skills are taught) and went to work.  The Darien did not disappoint.

With larger blades, it’s fairly easy to make feathersticks by driving the blade into a log or stump tip down, and then pulling the wood into the edge.  The Darien came razor sharp and had no trouble slicing the shavings as thin as I wanted them.  The spine throws plenty of sparks from a ferro rod, so this is another plus.

If I have any complaints, it’s the sheath.  But being in the business, I understand that to offer a machete with a nice Kydex sheath would almost double the price.  In the Amazon you seldom see a sheath anywhere, even though machetes are a way of life.  For the folks wanting a better sheath for it there are plenty of aftermarket makers who will be making sheaths eventually.

The Darien is a great mid-sized blade that can be strapped to a pack or thrown in a vehicle.  It can handle simple camp chores or even tackle bigger tasks if required.  When paired with a smaller fixed blade or folder, you would have almost all of your bases covered.  If I was clearing a large area or bushwhacking a trail through thick vegetation, I would still prefer a full-size machete of course.  However, if you are looking for a chopper that won’t take up too much room but can still handle heavy work, I think the Darien is a great option for you. 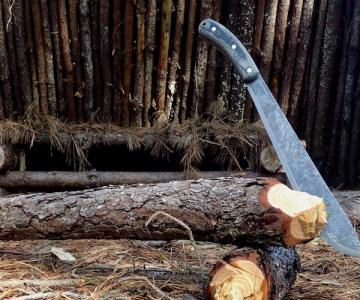 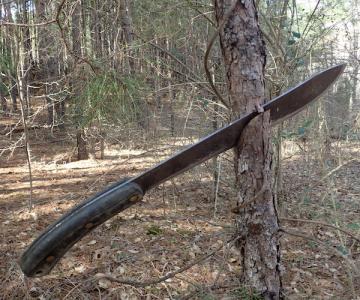 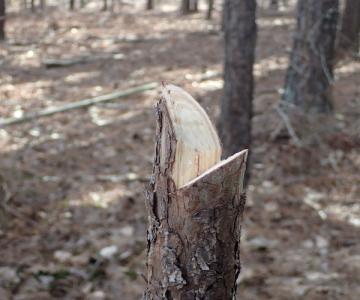 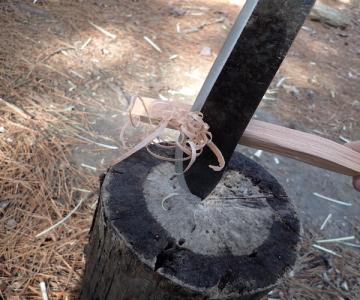 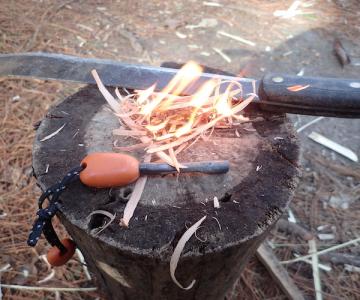 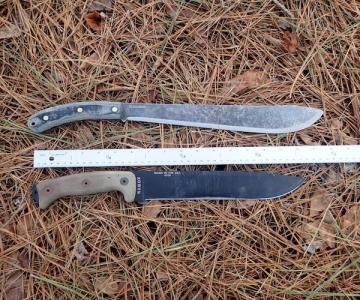 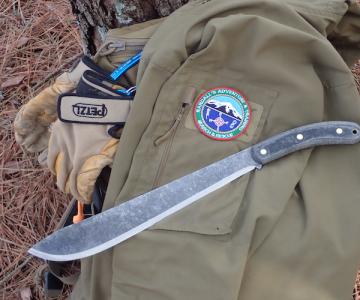 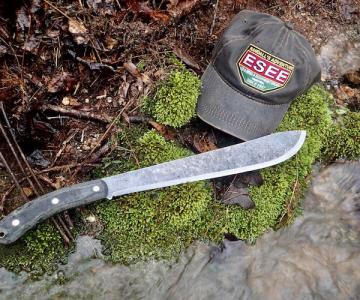