As you may have heard, in addition to the new 3D handles we are releasing on several of our models, ESEE Knives is also coming out with two knives in S35vn.  Many of our customers were asking us to offer some models in a more “premium” steel and S35V was one of the main ones brought up.  We decided to release an ESEE-3, and a fixed blade version of our Zancudo folder (the made in the USA Xancudo) in S35V just in time for SHOT show.

After the show, I brought home an ESEE-3 S35V, two of the Xancudo fixed blades, and the newest addition to the Expat line, the Darien machete.  I wanted to try out the new steel and form my own opinions about it.  I let Jeff and Mike know what I planned to do and Jeff said “It will shatter like glass”.

First impressions of the new ESEE-3 were that it looked great and was razor sharp.  Now since I have used our regular 1095 ESEE-3’s for everything under the sun, I knew the design was great.  I wanted to see how the steel held up.  So, I started out strong with some hardcore batoning.  To get a fire going in a wet environment, you may have to process standing dead wood down to get to the drier inside.  If your only tool is a knife, you can baton the wood (pound your blade lengthwise through the wood with the aid of a beater stick) to split it.  In a lot of cases you can just shave off the wet wood until you get down to the drier parts and not “have” to baton at all. It is a topic that is heavily debated “ad nauseam” on the internet.

I took a piece of seasoned red oak and went to hammering the ESEE-3 through it.  Due to the thickness of the wood I was using, the first pass took every bit of 20 minutes to get through.  A big reason for this was that only about the last ¾” of the blade was visible.  I split, and split, and split.  At one point, there was even some noticeable flexing of the blade that concerned me since it is a harder steel.  Our S35V is hardened to the optimal hardness for the steel (59-60 Rc), much harder than our 1095 and I didn’t know what might happen.  The blade pounded on through and returned to true.  After processing down a good amount of the seasoned oak I checked the edge.  Still felt sharp as ever!  I was really beginning to like my first experience using a “super steel”.  I decided to baton just a little bit more before moving on to some other tasks.  After I started the knife into the wood again, it became stuck.  I thought, “you know what, that’s enough…” and planned on freeing the blade and continuing with other things.  I tried to loosen it by hitting the spine on either side of the wood with the baton but it wouldn’t budge.  Next, I held the knife by the handle, picking up the wood and hitting the bottom against the stump.  I made sure to keep the knife in line with my motion.  If you have ever split wood with an axe and had the axe get stuck, you may be familiar with what I am referring to.  The first strike felt like I was making progress, and the second strike I heard a loud “tink” sound and was left holding only the knife handle.  I shouldn’t have felt as surprised as I did, after all Jeff told me what would happen.

Luckily Shane had a backup sample and I was able to perform some of the other cutting tasks.  I did some more (but much lighter) batoning, cut some thick dirty rope, and cut a bunch of cardboard.  Cardboard is very rough on an edge.  Many times, you can even see a sand like grit in it.  I wanted to see how all of this would affect the S35V steel.  After all of this I felt the entire edge and could barely detect a spot in the middle of the blade that felt a little different than the rest.  It could still shave and had no trouble making feather sticks.  S35V seems to have very good edge retention.

Next up was the Xancudo fixed blade.  It is available with or without a hole in the handle.  The hole isn’t meant as a finger hole, it is there to lighten the blade and can be used as an attachment point.  If you are in a situation where you had your knife out using it and if it slipped from you grasp it would be gone forever, you would definitely want to have it tethered to you.  Some examples could be hanging on the side of a mountain, canoeing/kayaking and so on.  The hole is big enough to clip a carabiner in, or you could just tie a dummy cord to it.

One of the features that attracts folks to S35V is its anti-corrosion properties.  I took one of the Xancudo’s and wrapped the blade with a paper towel.  I then soaked it with water.  This was left out over night to see what would happen.  Well, the next morning I checked it and found that nothing had happened.  There weren’t even any water spots.

I had some initial concerns about the hole in the handle possibly causing hot spots during prolonged use.  One of the things I like to do with a knife to check for this is to make a Try Stick.  A Try Stick is simply a stick that you make different notches on.  Mors Kochanski has made it famous as a great way for teaching knife safety, and good knife skills.  It is also gives you a chance to see if a knife is going to work for you.  I used the Xancudo with the hole and did not have any issues at all.  The blade shape and size were perfect for this task.  I think the Xancudo will be a great blade for lightweight backpackers, hikers, rock climbers, and so on.

This was my first venture using anything in S35V.  The edge retention and anti-corrosion properties are some of the best I have seen.  It will definitely hold an edge longer than 1095, however it will be a more difficult to sharpen.  If you are wanting a good all-around camp or hiking knife, that holds an edge for a long time, is very rust resistant, and don’t see any need in beating the brakes off of it, then either of these two (ESEE-3, or Xancudo) would be fine.  If you want a knife that sharpens easily in the field, and can take a pounding that borderlines on abuse, and rusts when it gets wet if isn’t dried off, then stick with 1095HC.  It all comes down to what properties you are looking for and how you perceive yourself using it.  In my opinion, S35V is best suited to smaller blades, not anything that you would ever baton with.  If I could only carry one knife, and there was a chance my life would depend on that knife’s ability to withstand hard use, then it would definitely be 1095 high carbon.  Not anything with the words “premium” or “super” anywhere in the description.

A review on the Expat Knives Darien machete will be coming soon! 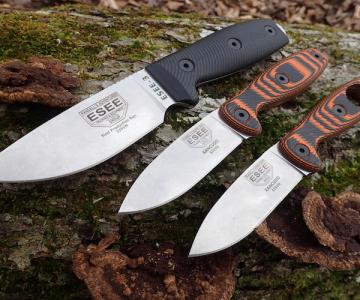 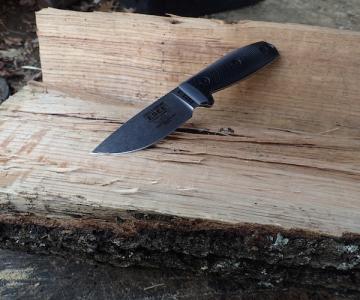 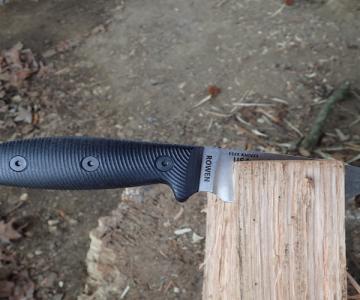 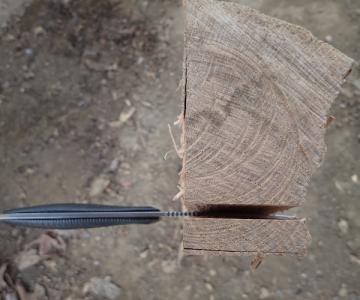 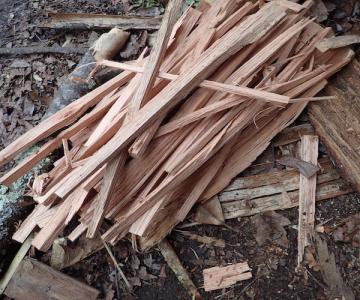 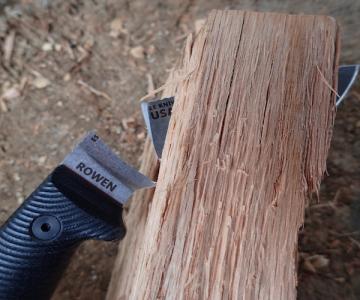 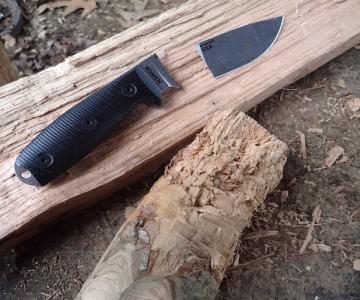 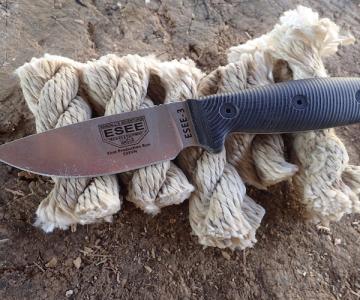 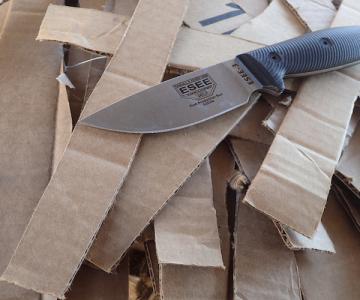 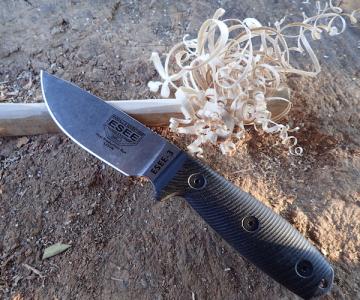 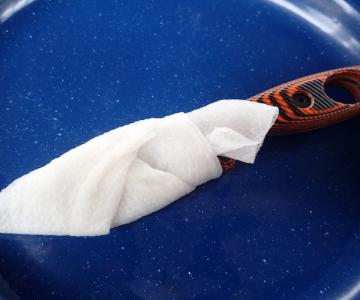 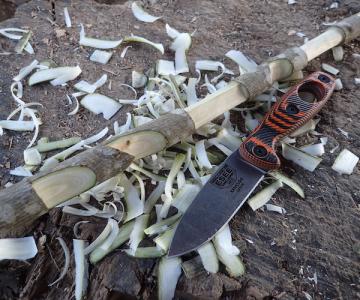